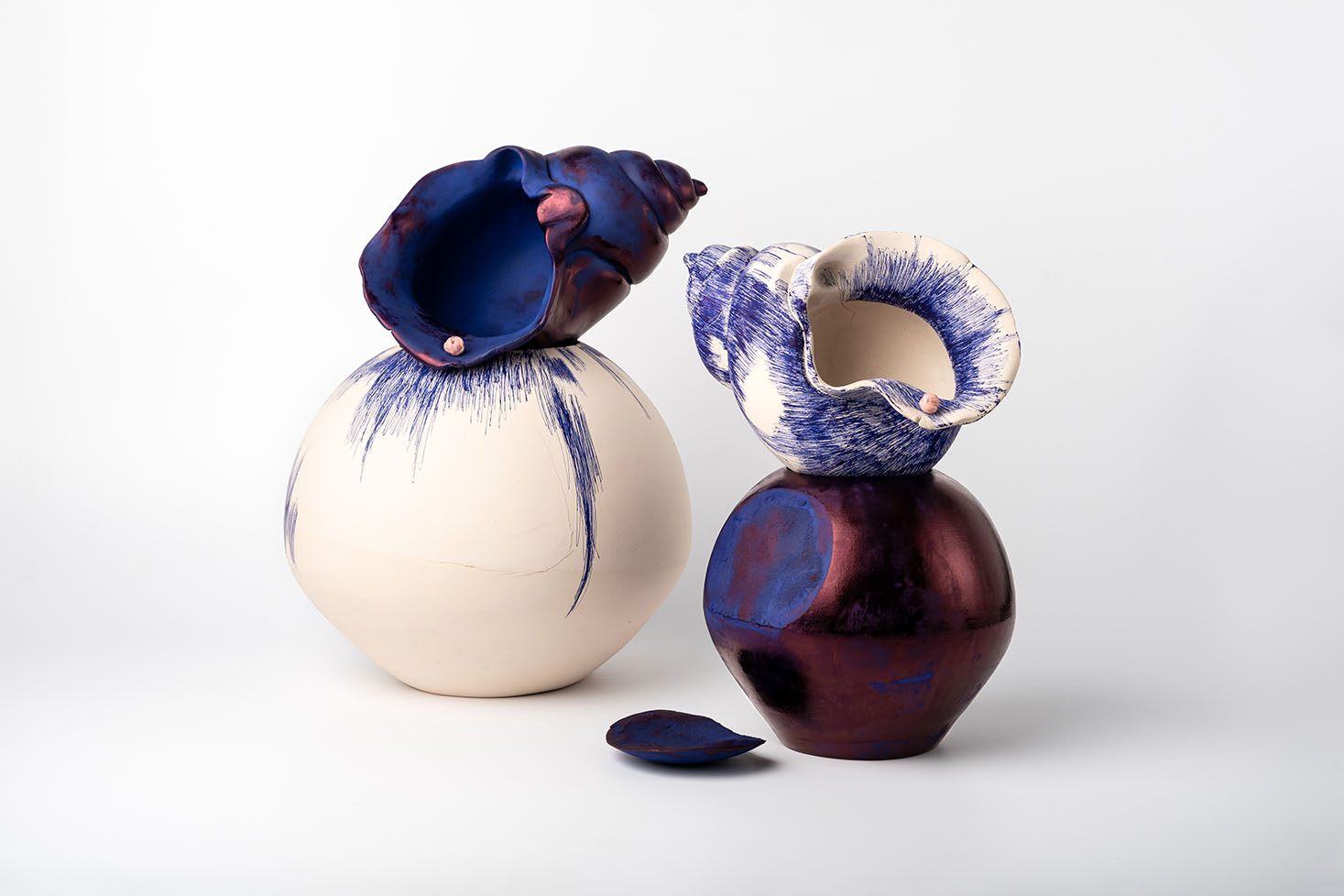 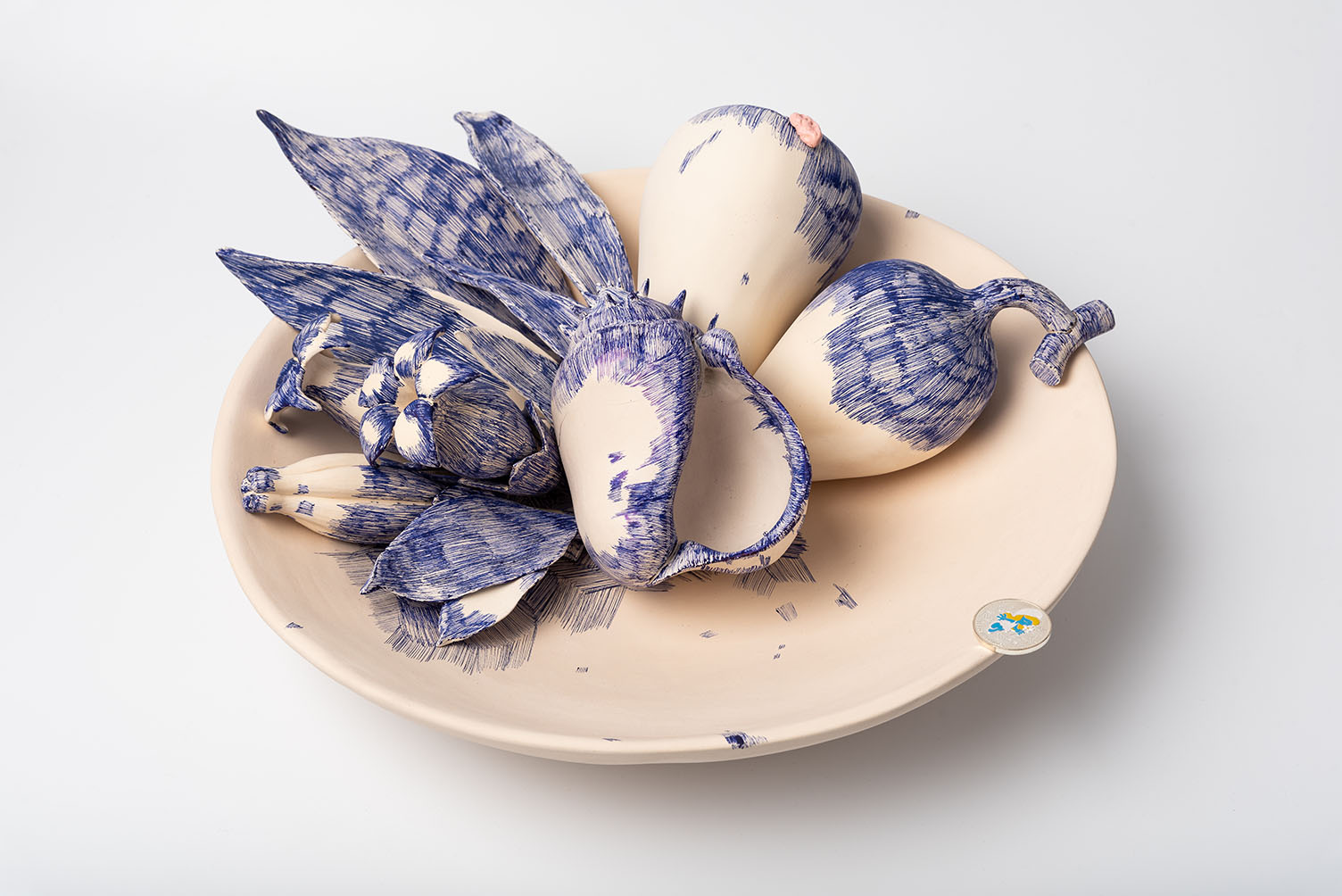 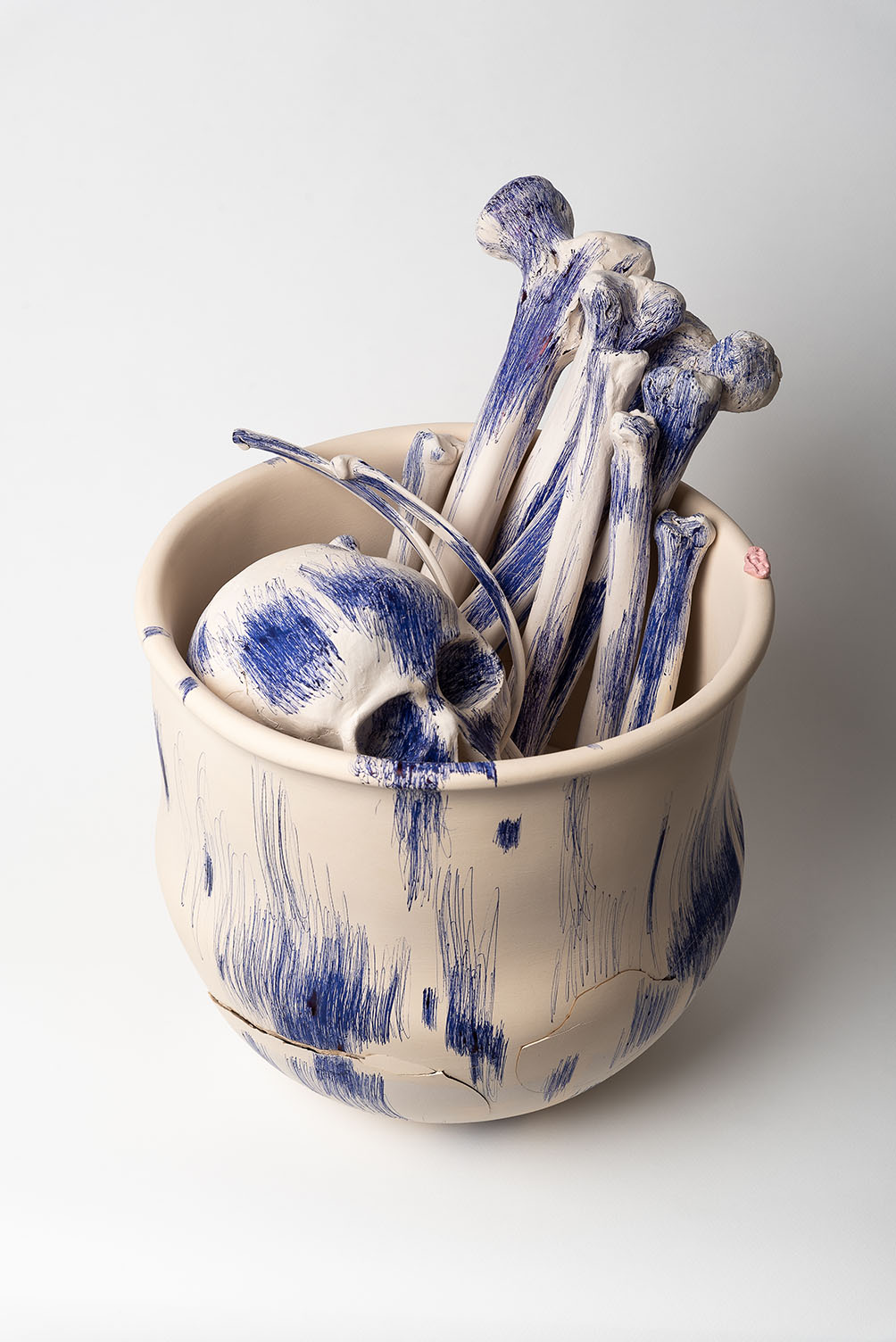 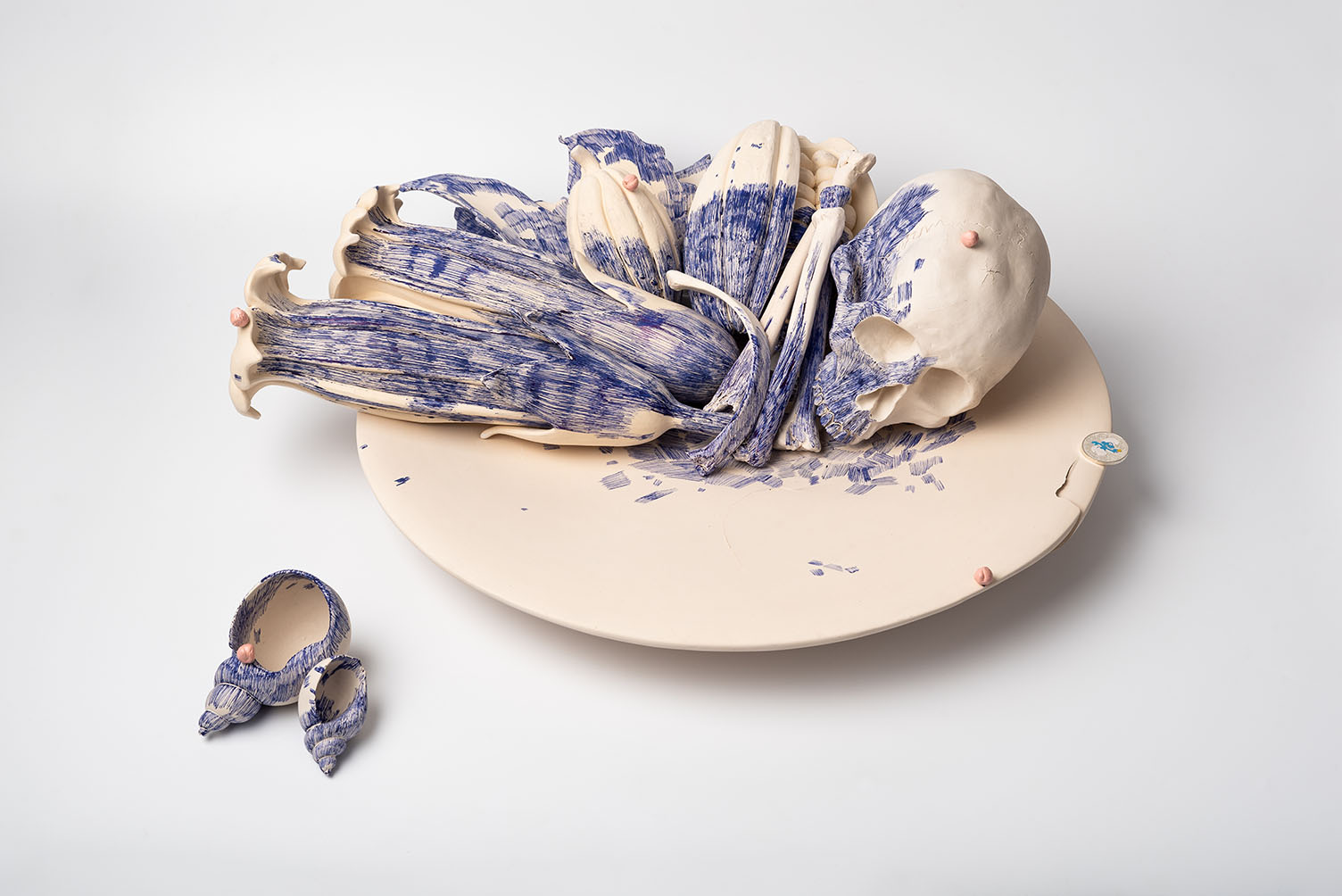 « Nathalie Perret’s work is informed by an interest in the «colonization of knowledge» ¹ , and  refers to the theme of transculturation and interbreeding, to their role in the history of modes of representation of knowledge. The Europa exótica series contains multiple references to the indigenous plants and knowledge of Latin America which have been appropriated by Europe. Mangoes and cacao fruits are also memories of her childhood.
To create Europa exotica, the artist relied on the study of some paintings produced as part of the colonial expeditions of the Spanish empire in South America. »

¹ An expression by which historian Samir Boumediene designates the role of medicinal plants in the construction of thepolitical power relations between Europe and the «New World» between the 15th and 18th centuries. Samir Boumediene,  The colonization of knowledge. A history of the medicinal plants of the «Nouveau Monde» (1492-1750), Vaulx-en-Velin, Éditions des Mondes à faire, 2016, 477 p.